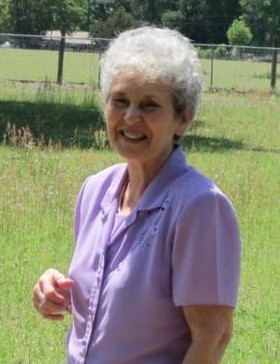 On January 22, 2020, Beverly Green Welch passed away peacefully at her home after living with Alzheimer's for seventeen years.

Beverly was a lifetime resident of Bradford and Union counties. She was a life long member of New River Baptist Church where she served in many capacities. She retired from the University of Florida IFAS - Soil Testing Lab after twenty six years of service. Beverly was a devoted wife and mother, but she was first a faithful servant to the Lord. Her infectious smile, along with her love for Jesus, life and others is a living testimony of a servant of Christ.

After observing her mother suffer from Alzheimer's, Beverly was aware of the likelihood she may get the disease as well. When Beverly realized she had it she embraced it with God's grace. She was able to live a full life for many years until succumbing to total memory loss. Even then, her smile continued to beam and the warmth of her heart was ever present.