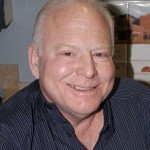 Funeral Mass will be Monday, January 14, 2019 at 2:00 p.m. at the Sacred Heart Catholic Church with Bose Jujuvarapu, HGN officiating. Burial will be in the SPJST Cemetery under the direction of Archer Funeral Home, Seymour, Texas.

David Wayne Hajek, Sr. was born January 28, 1951 in Seymour to Jesse and Tracy Kovar Hajek. He was a 1969 graduate of Seymour High School. David received his undergraduate degree in Accounting from Texas Tech University and graduated from Texas Tech School of Law in 1976. Following graduation from Law School, David came back to Seymour where he owned, for a time, Baylor County Abstract and was in private practice. He served as the Baylor County Attorney before serving as District Judge for 20 years. He was the District Attorney for 12 years and was serving as the King County Attorney at the time of his death. David was a member of the State Bar of Texas and the Texas District and County Attorney Association. He married Jan Mason on January 14, 2010 in Wichita Falls.